Origin of Speed is good to go with teams announced today 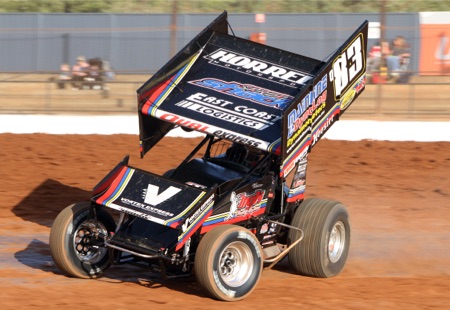 This Thursday night’s (January 12) inaugural USC Origin of Speed Team’s Racing Challenge is ready to rock with the final line-ups for each State, Territory and Country filled and finalized.

The event is the perfect curtain raiser to this weekend’s prestigious Scott Darley Challenge on Friday and Saturday night.

The finishing touches were laid to the line-ups as late as 8pm last night and each team is ready to rock.

There is only one exception with one final remaining spot to be filled for the Tasmanian line-up.

Ian Madsen’s omission from the NSW line-up is sure to bring immediate feedback and criticism from passionate Sydney fans.

“Not selecting Ian for NSW has been the hardest part of this whole project,” says Valvoline Raceway’s Wade Aunger, “there’s no doubt that since December 30 he’s been the best performed Sydneysider during the International Series but the fact is we said we’d announce the team at the conclusion of the December 26 event. At that point we had to make a decision. We were torn between selecting Ian who is one of the top 20 drivers in the world or going with the NSW drivers who have raced week in and week out during the USC in NSW, SA, QLD and even Victoria for us. In the end we went with three of the highest scoring NSW drivers outside of Robbie Farr, Kerry Madsen and Sam Walsh and those are Troy Little, Matt Dumesny and James Thompson. I’ve spoken to Ian and naturally he’s disappointed. We are too because it was a difficult decision to make. Max Johnston really had his heart set on NSW selection too, we’re fortunate to have so many great NSW options but it hasn’t made the selection process any easier. All of the drivers I just mentioned are in excellent form.”

In almost all cases each team is 100% State specific with only a couple of derivatives from the ‘origin’ due to a slight shortfall in numbers from that team.

“This has been an enormous undertaking filling all the spots, juggling last minute replacements and withdrawals and making the final selections,” says Aunger, “the last two months working on this would have made a fascinating TV show. There’s been more drama than a whole series of Home and Away but I believe that we have something truly memorable lined up for the first ever running of Origin.”

It should be pointed out that given this is the inaugural running of the event Valvoline Raceway is both thrilled and extremely grateful for the drivers who have entered to represent their State, Territory or Country (USA).

“We asked everyone we could if they wanted to participate and anyone who declined our offer had a legitimate reason why they couldn’t this year,” says Aunger, “so we were delighted with those who could commit to it and hugely grateful for their participation.”

Only Victoria and Tasmania required input from drivers outside their State.

As late as 0800am this morning Mark House informed of organisers of a personal situation that meant he had to withdraw from the event – it’s been a constant shuffling of the cards throughout this process.

One spot still remains on the Tasmanian line-up as we go to print though organisers are confident a solution will be found in the next 24-36hrs.

“Chances are if you don’t see your favourite driver in the team it’s because they weren’t available not because they weren’t invited” says Aunger, “our plan for this race is it becomes a very financially rewarding event for the future. This year many drivers will use it as a hit-out the night before the Scott Darley Challenge and a chance to get more laps in the lead up to the Australian title on January 26-28.”