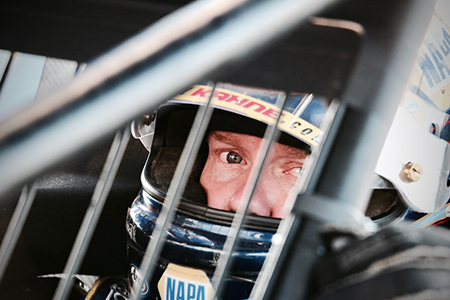 The American invasion is set to kick off on Boxing Day night with the first of our drivers from the USA coming in to do battle with the local heroes.

From the December 26 until January 12 period we will have Sprintcar drivers and a Late Model hotshoe stop by and turn the clay at Valvoline Raceway.

The first driver to stop in will be almost a resident for the six nights of USC Sprintcar competition.

He’s little known to the outside world but his family has a proud history of racing and car owning on the north West Coast of the USA.

Donaven Prather makes his first trip to Australia and will garner plenty of experience around the tight VR clayway – he first lines up in the Valvoline Australian Sprintcar Grand Prix on December 26, Boxing Day.

Sweet has been a regular at Valvoline Raceway over the last few years and has netted 9 main event wins for the Ruhs Brothers he’s raced with out of Broken Hill.

He makes his debut for Sydney car owner Mark Cooper this year in a Spike chassis that he’s never raced but that will not hold back the pint sized redheaded Californian who is coming off his best ever USA season with second place in the World of Outlaws and a win in the biggest race in the world – the Knoxville Nationals.

Sweet will race on three nights in a blitzkrieg attack on Parramatta – December 28, December 30 and January 1.

How good is that!

On December 30 we are thrilled to see young Texan tornado Late Model racer Tyler Erb run here for the first time with the very professional HDD Team out of Healesville in Victoria.

Erb will be the teammate of spectacular young Aussie Cameron Pearson in a combination that will really heat up the Sydney and Newcastle Late Model ranks on December 30.

On Friday and Saturday nights, January 11 and 12 we will be joined by three World of Outlaw stars on the rise in Logan Schuchart, Carson Macedo and Corey Eliason.

What an epic young strike force these three will be!

Schuchart has a win to his credit at Valvoline Raceway (he won a State of Origin A-Main two seasons ago) and will steer the Drydene #1 for Queensland car owner John Weatherall once again after several nights at Archerfield in the lead up.

Logan finished sixth in the WoO schedule in 2018 and the grandson of Pennsylvania legend Bobby “Scruffy” Allen has big plans for 2019.

Carson Macedo is easily the most experienced of the trio of Americans for the Scott Darley Challenge weekend with the Californian saddling up initially for the Mitchell Motorsport in QLD and then gravitating to the super professional Dyson Motorsport operation in NSW.

Macedo has run both World Series Sprintcars and domestically in NSW, QLD and Victoria and with a huge 2019 ahead for him with Kyle Larson Racing with the Outlaws fulltime he’s going to come here with full of his typical ambition and fury.

Cory Eliason makes his Valvoline Raceway debut for the Scott Darley Challenge but the team he’ll be driving for the West Australian Diamond Bay Motorsport team has plenty of recent VR experience with the late great Jason Johnson behind the wheel last season.

So there you have it.

A very mixed bag of hot new talent that many of you would have heard of and a few new faces that you haven’t until they get here.

And that’s what makes it such a juicy proposition.