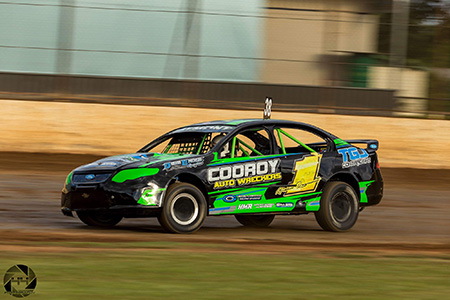 And what an opportunity it will be for the category with the NSW Sprintcar Championship and the NSW Late Model Championship also on the same night on December 30.

What was already going to be a major event has just been made even bigger and will attract a star-studded field of Modified Sedans to the iconic metropolitan venue.

This would have been the second time the Sydney venue would have hosted the NSW Title, however the previous attempt was rained out the morning of the event back in June 2018 - remarkably the New South Wales title hasn’t been run since so a phenomenal field is expected to converge on Sydney for the chance to lock in victory in this title.

The event will be held over two nights with numerous heats being held over both nights, before the B main determines the final 4 spots in the 24 car New South Wales Championship race.

For those that make the B Main however aren’t able to transfer will pick up $50 for their trouble.

The list of New South Wales Title winners since 2000 is a who's who:

In addition to the Modified Sedans, Production Sedans will contest the Harbour City Hustle on January 1 and battle it out for a share of the $5,000 prize purse.

Both events will be run by Speedway Sedans NSW with the support of Ryan Harris and the Made Too Go Group during the Ultimate Sydney Speedweek Series.

There’s plenty of tourist activities in Sydney while you’re here with New Year’s Eve able to be spent on the Harbour watching the annual fireworks spectacular.

** SSA Sedan event sup-regulations will be available in due course via Ryan Harris and SSA NSW.

We recommend that you stay with our preferred accommodation at the Holiday Inn Parramatta and phone (02) 9891 1277 and don’t forget to mention that you’re staying there for the Valvoline Raceway – Speedway rate.