SYDNEY SPEEDWAY HISTORY – AND INDUSTRY – ON THE LINE 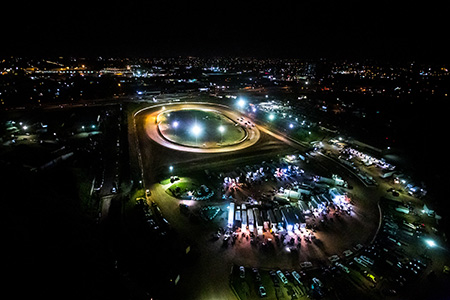 The demolition of Valvoline Raceway threatens to wipe out almost 100 years of speedway history in Sydney.

Eleven high profile tracks are the statistic – tracks that have come and gone since the early 20s.

As each venue fell by the wayside, there was never a replacement.
In some cases the ground remained and was used for other sports, while some Sydney sporting venues that hosted speedway racing were demolished for industry or residential.

But the sport continued uninterrupted as tracks were plentiful.
The 42 year Valvoline Raceway clings to history in its fight for survival as the only remaining circuit in Sydney.

Between the 40s and 60s when speedway went through its biggest growth period, five tracks operated.

The Moore Park Sydney Showground (1926 –1996) became one of the most famous speedway tracks in the world during its 70-year existence before demolished to make way for Fox Studios.

This was the Mecca of Australian speedway and for many years enjoyed massive popularity.

Penrith Speedway (1924-1941) was another immensely popular race facility before the Commonwealth Department acquired the land.

After speedway, the facility served as a popular greyhound racing circuit.

We are talking four generations of people with a speedway heritage and involvement, overall attendance figures over 100,000 as well.
A total of 116 properties will be demolished to make way for the metro West rail link.

While it’s very sad those householders will lose their property (some have occupied their homes for over 50 years), the loss of VR extends far beyond those unfortunate people.

It’s more than the loss of a speedway it’s the disintegration of an industry.