‘TEXAS TYLER’ IS HEADED TO SYDNEY! 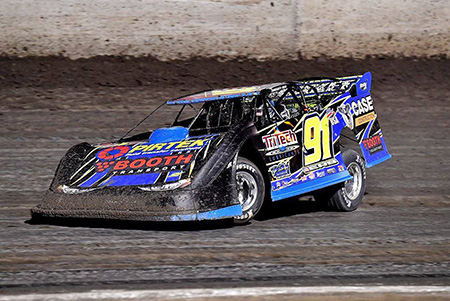 Texan Tyler Erb is a spectacular new addition to the Ultimate Sydney Speedweek Series for Late Models at Valvoline Raceway Parramatta this summer!

The 2019 Lucas Oils Late Model Dirt Series Rookie of the Year also finished fourth in the series and has cemented himself as a star of the future.

22 years old from Mount Waverly in Texas Erb is known as ‘Turbo” and will join up with his extended Aussie family the Pearsons in the ultra-professional HDD Racing team out of Healesville in Victoria.

For the past two seasons Erb has won the gruelling “USA Invasion Tour” in Western Australia racing with his team-mate Cameron Pearson as the Victorian super team covers the big kilometres across the big paddock between East and West.

“Tyler is a great kid and a fantastic racer,” says HDD Racing owner Justin Pearson, “we love having him with us as much because he’s a friend as well as someone we learn from with the cars and race with.”

Erb has just come off his best USA season yet and that’s an ominous sign for his Australian rivals.

Before heading West to the Australian title at The Perth Motorplex Erb and Cameron Pearson will contest all three rounds of the Late Model Ultimate Sydney Speedweek on December 26, December 30 and January 4 before loading up that night and hitting the highway.

“Tyler will be awesome in Sydney,” says Justin Pearson, “having him in the field will be huge for Valvoline Raceway I’m sure. Between him and Cameron we’re coming to win and we think we have as much chance as anyone.”

The HDD Racing Team is one of the most professional operations in Late Models and any time Cameron Pearson is at Parramatta it’s a huge wild card entry.

Having Tyler Erb in town will make it two Texans in Sydney with All Star Circuit of Champions Sprintcar Champion Aaron Reutzel also in town.

I guess we’ll see if everything really is bigger in Texas!